As CBD is accepted and used by more and more people, manufacturers have developed a wide variety of CBD products. The popular CBD products on the market mainly include CBD oil, syrup, tincture, beverage and topical creams. For every kind of CBD product, the main and most important component is the CBD. If you want to try one or more of these products, you can buy them online or at a pharmacy.

When we walk into the drugstore, it is not difficult to find that many drug instructions prohibit using them together with alcohol. And when the patients take prescription drugs, doctors always recommend us not to drink alcohol when taking medicine. This is because most medications and alcohol can influence chemical reactions in the brain. If we mix drugs with alcohol, it may cause some unpredictable influences on our brain and body. More seriously, the mixture of the two may lead to fatal consequences. People are gradually aware of the dangers of mixed drugs and alcohol, so they will avoid taking alcohol at the same time when using drugs.

As a beneficial compound to the human body, the emergence of CBD has led many people to doubt whether it is safe to mix CBD and alcohol. To answer this question, we have done relevant researches and explanations. keep reading to find out.

The effects of alcohol on human health

Alcohol is known to be an essential ingredient in alcoholic products. Most people have touched alcohol in daily life and are very familiar with it. However, the effects of alcohol on human health are often ignored by us. Short-term or proper drinking will not harm the human body. Some people even can achieve a certain degree of relaxation or relieve physical and mental tiredness by drinking a moderate amount of alcohol. However, long-term drinking will cause some negative effects on the human body, mainly including changes in the metabolism of the liver and brain. If we drink harmful amounts of alcohol, alcohol addiction and alcoholism may occur. Alcohol can stimulate insulin, accelerate the metabolism of glucose in the human body thus leading to low blood pressure and anxiety happen to diabetic patients. Alcoholism can directly influence human brains, leading to confusion and unclear speech.

Regardless of whatever the result is, the harm caused by long-term drinking to people is what we don’t want to see. In order to prevent the above cases to happen, it is necessary for us to reduce alcohol intake or to balance the side effects of alcohol on the human body through some certain means. CBD may be an effective way and a good choice to achieve it.

The combination of CBD and alcohol 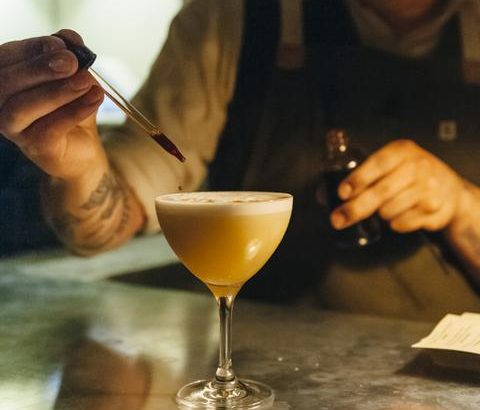 The effects of mixing CBD and alcohol are mainly reflected in two aspects: One is the interaction between CBD and alcohol, which can amplify the effects of both compounds. The other is that CBD can balance and protect against some of alcohol’s negative effects. Let’s take a look at the following:

Mixing CBD and alcohol may amplify the effects of both compounds

A small amount of alcohol can reduce inhibition, promote relaxation and relieve fatigue. CBD can produce similar effects on the human body. Studies have shown that after using CBD, the level of anxiety people suffered has decreased and the tension degree has been alleviated. This is mainly due to the sedative effect of CBD. If you take alcohol and CBD together, these effects may be amplified, which result in symptoms such as lethargy and sedation. This is a boon for people with symptoms of anxiety and insomnia. By mixing CBD with alcohol, it can alleviate anxiety and improve sleep quality.

Of course, to realize this effect may be needed by some people. For most people, they are more desirable to relieve the adverse effects of alcohol on the human body through consuming CBD.

In 2014, a study published in the Journal of Free Radical Biology and Medicine showed that CBD helps prevent liver damage caused by alcohol. Excessive drinking can cause damage to cells and increase the risk of inflammation and chronic diseases, which can cause liver damage. The study tested the effects of CBD on alcohol-induced hepatic steatosis and fatty liver. The final result showed that CBD can be helpful to prevent the effect in alcohol-induced liver damage.

A study published in the Pharmacology of Biochemistry and Behavior in 2013 showed that transdermal administration of CBD reduced alcohol-induced neurodegeneration by nearly 50%. Neurodegeneration means the damage of brain cells or the death of neurons. Any kind of condition occurs leading to changes in cognition, which will harm the ability to perform. Moreover, surveys have shown that there is a significant difference in brain size between non-drinkers and alcoholics. The brains of alcoholics are significantly smaller than their peers. This is due to the neurodegeneration caused by alcohol. Therefore, giving the patients CBD in the topical gel form can protect brain cells and reduce damage.

We all know that alcohol content can be detected in people’s blood after drinking or ingesting alcohol products. Consuming different amounts of alcohol can also cause different alcohol concentration in the blood. Regarding the detection of this data, it is often referred to as blood alcohol concentration (BAC). BAC is an indicator of the amount of alcohol in the blood. If the test shows a higher BAC, it usually represents serious damage to cognitive function caused by alcohol.

In a study of 10 people, participants were divided into two batches for experimentation. They drank the same dose of alcohol at the beginning of the experiment, but some of them were given CBD at the same time, while the other group did not. The final results showed that the participants given CBD had significantly lower alcohol level in their blood compared to those who did not. Some researchers speculated that the use of CBD can reduce the alcohol content in the blood. This means you can drink the same amount of alcohol as usual and they have less adverse effects on the body. Of course, we don’t recommend people drinking too much. If you really want to drink more, using the CBD can help you.

Based on the above research, however, there is little evidence to support that. So we need scientists and researchers to conduct more investigations and certifications. 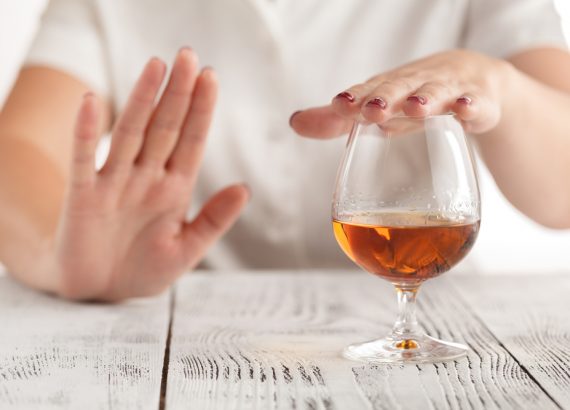 What is alcohol addiction?

Alcohol addiction is a hot topic of concern today. Surveys have shown that a significant number of people are affected by alcohol addiction each year. The process of alcohol addiction is mainly manifested by the effect of alcohol on the neurotransmitters in the brain. When people feel happy, the brain automatically secretes a substance called dopamine and releases it to different areas of the brain to record the pleasure that people feel. This process is a way of rewarding the human brain for happiness. Alcohol can stimulate this process and is more addictive than other drugs.

This is because alcohol affects the balance of neurotransmitters in the brain, especially the levels of serotonin and dopamine. Lesser doses of alcohol can make people feel happy and then become calm. While higher doses of alcohol usually slow the communication between neurons in the brain. And after long-term use, the brain begins to produce more excitatory neurons, speeding up brain communication. At this time, if the drinker suddenly stops consuming alcohol, the brain will be in an overactive state, producing a desire for alcohol to calm the excessive activity of the neurons. This result is likely to form an unfavorable cycle, which is what we call alcohol addiction.

The role of CBD in alcohol addiction

CBD can help alleviate the adverse effects of alcohol withdrawal

In the above, we introduced the role of CBD in preventing alcohol addiction. In fact, compared to the initial prevention of addiction, most people may need the CBD to balance the various problems in the body after alcohol withdrawal. The biggest challenge for alcoholics in abstaining from alcohol should be the withdrawal symptoms that occur after they stop drinking. When they drink no longer, their bodies will react negatively to this situation. Many heavy drinkers have tremors after stopping alcohol intake. Alcoholics who experience withdrawal often feel nervous, anxious, irritable, nausea and insomnia. These symptoms can easily confuse the initial alcohol withdrawal patients, causing the suspension or abandonment of alcohol withdrawal.

But the use of CBD has given them hope. CBD has a good therapeutic effect on the above symptoms. Using CBD can help alcoholics to relieve their nervousness, anxiety, and insomnia during alcohol withdrawal. What’ s more, CBD has been shown to help with the barriers to alcohol use. This is mainly reflected in the CBD to help reduce alcohol intake,  prevent the risk of relapsing and reduce the motivation for drinking in the future.

In summary, all of the researches can prove to us that CBD does play a role in treating alcohol addiction and balancing some side effects caused by excessive alcohol consumption, which include reducing liver damage, protecting brain cells and reducing blood alcohol level.

Can we use CBD beauty products?

CBD with the 2018 Farm Bill and FDA statement